Menu
GET ON MY CALENDAR!

Celebrity Crypto Endorsements in 2022: The Good, the Bad, and the Downright Ugly 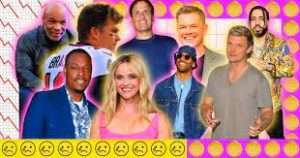 It was a tumultuous year for celebrities in the cryptocurrency world in 2022 – some managed to profit from their endorsement deals, while others were left with egg on their face (and possibly a lawsuit or two). From movie stars to rappers, sports stars to comedians, no one was safe from the unpredictable nature of the crypto industry. So which celebs managed to come out on top, and who got burned by their involvement in the world of crypto? Let’s take a closer look at the highs and lows of celebrity endorsements in 2022.

Celebrities who endorsed cryptocurrency projects and firms in 2022 often faced backlash, with many being named in lawsuits or ridiculed on social media. Screen actors and sports stars seemed to receive the most criticism, with American comedian Larry David being named in a class-action lawsuit for promoting now-defunct crypto exchange FTX, and Matt Damon being mockingly satirized on South Park for his involvement in a promotional campaign for Crypto.com. In the music industry, American rapper Snoop Dogg and other musicians including Madonna, Justin Bieber, Post Malone, and DJ Khaled were named in a class action lawsuit for promoting Bored Ape Yacht Club nonfungible tokens (NFTs). The lawsuit also included Tennis professional Serena Williams, actress Gwyneth Paltrow, comedians Jimmy Fallon and Kevin Hart, and over 40 other people and companies as defendants. However, not all celebrity endorsements of crypto firms were viewed negatively, with some managing to avoid controversy. Binance’s ambassador deal with TikTok personality Khaby Lame, DJ Steve Aoki’s partnership with DraftKings, and David Beckham’s work with DigitalBits were all seen as positive for the crypto industry. Additionally, Lionel Messi’s deals with Bitget, Sorare, and Socios.com, as well as Cristiano Ronaldo’s partnership with Binance, were well received by the community.

Well, it looks like the celebrity endorsement game in the cryptocurrency world is a risky one. Some managed to profit from their involvement, while others were left facing legal action and public ridicule. It just goes to show that even the rich and famous are not immune to the unpredictable nature of the crypto industry.

So if you’re a celebrity considering an endorsement deal in the crypto world, make sure to do your research and choose wisely – otherwise, you might find yourself on the wrong side of a lawsuit or social media mockery. And if you’re a fan of a celebrity, remember to do your own research before blindly following their crypto recommendations – even the most well-intentioned celebrities can sometimes get caught up in projects that don’t pan out.

Providing safety and security from trial-and-error

Empowering you with the knowledge to confidently control and grow your crypto portfolio.

subcribe to our newsletter

we promise to never share your information with any third party ever.